Home Featured English News Cow slaughter as a symbol of Hindu Humiliation by ...

A good article worth reading :

​Here is a varied angle of the the present situation. ​

After the events in Kerala and Kashmir, cow slaughter issue has become incendiary. The issue is being framed as a food choice, and at a deeper level, about majoritarianism.

Majoritarianism is actually complicating the debate because on cruelty and religion people ordinarily reach consensus quite quickly. For example, we all (even Salman Khan) would agree that we need to respect the Bishnoi’s religious sentiments and not kill the black bucks. Killing dogs and cats is a near universal taboo. And most of the world is outraged when the Japanese, Inuit and some Scandinavians want to eat whale meat.

The world is strangely aligned when it comes to dealing with religious sensitivity or cultural rigidity elsewhere, but on the topic of the Holy Cow, things swing the other way.

In the narrative so far, there has been no attempt to understand what drives the passion of the cow vigilantes. Their motives are dismissed as religious fanaticism, and if you believe everything you read, you would be convinced that cow themed violence is recent and these people are emboldened by the ‘Hindu Nationalist’ government at the Centre.

Despite having liberal views (e.g I am reconciled about the Yulin dog festival) on what people eat, and accepting of peoples food choices, the slaughter of a calf in Kerala and the mushrooming beef fests, compel me to present a perspective which is deeply felt but has gone unstated. Lest I be assigned labels and my motives questioned, I would like to assert that I am striving for a genuinely secular country the foundations of which are built on truth and regard for the fellow citizen.

The slaughter of cows has been a sensitive issue, at least in the north and west of India, since the start of Mughal dynasty. Cows have historically been used to symbolise the subjugation of Indians (especially Hindus) by Muslim invaders and subsequent rulers. When everywhere else in the world the feast of the sacrifice is called Eid-ul-Adha, involving the sacrifice of sheep, goats and camel (there were no cows in Arabia), in the Indian subcontinent it was called Bakr-id. Bakr in Arabic means cow., a name calculated to insult religious sentiments. (Its use predates the bakri = goat that came from Hindustani/Urdu.)

The slaughtered cow has been used to seal the covenants of conversion to Islam by making the convert eat beef. Most of the people had a choice to either submit or die. Considerable instances of this practice have been recorded during the partition of India. The slaughtered cow has also been used to desecrate temples, and as calculated insult. The goriest instance would probably be the time when the entire lake around the Harmandar Sahib (The Golden Temple of the Sikhs at Amritsar) was filled with the blood of cows and their slaughtered carcasses.

I dont think beef eating was always such an incendiary issue. but the the cumulative effect of the sustained assault on the Indic religions (Buddhists and Jains were also not spared) has scarred the national psyche.

The Namdhari ‘rebellion’ in Punjab saw sixty Namdhari Sikhs getting blown off by cannons for killing Muslim Butchers after the British revoked the ban on beef. Ponder for a moment on the passion that drives someone to take up a suicidal cause.

My first point is that beef ban (which has been in force before independence) is not suddenly a sensitive issue. The press reporting on cow vigilantism are telling only half the story, and a simple google search will show you how old are the ‘gau-rakshaks’ and how they have paid with their lives by standing up-to the illegal slaughterhouse mafia.

My second point is that this is still a deeply emotive issue and passions are driven by a sense of Hindu suffering and oppression. A sentiment that was born in the genocidal invasions of forces flying the banner of Islam, and then imperialists from Europe flying the banners of Christianity. Slaughter of cows was the bloody symbol denoting the triumphalism of the victors and the powerlessness of the vanquished.

This sentiment of victim-hood nearly evaporated at the time of independence, but is coming back as even after several generations, they continue to see their holiest shrines subjugated and prevented from becoming respectable places of worship. Their is a feeling of being cheated for having accepted the uniform civil code for the sake of a stronger nation, of seeing explosive growth in cow killing illegal abattoirs and slaughter houses since independence, or of reading a press that likes to burnish its secular credentials by holding the Hindus feet to fire (recall Hindu terror coverage, when otherwise terrorists have no religion, or the ‘churches are under attack campaign’ which fizzled for want of evidence) and finally the shameless minority appeasement for vote-bank politics.

Yes, among all that historical context, it is also a freedom of (food) choice issue. This brings me to my last point.

The American civil war was fought of the issue of slavery, and confederates lost the war, paving the way to the freedom of one of the most abused communities in the world. Also, after all these years, it is now OK to fly the confederate flag in the US. The question is, as a symbol of racial abuse, is it right to fly the that flag? In that vein, would you go and climb the Uluru/ Ayers rock if you knew that the Aborigines consider it holy? Or use the dream catchers of native Americans, or flaunt Nazi symbols around Jewish people?

If you are person who would not do any of the above, then I do hope that in the same vein, before railing against majoritarianism, or advocating for your right to choice of food, or participating in a beef fest, I hope you would consider the deep significance of cow slaughter in India. 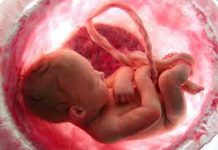